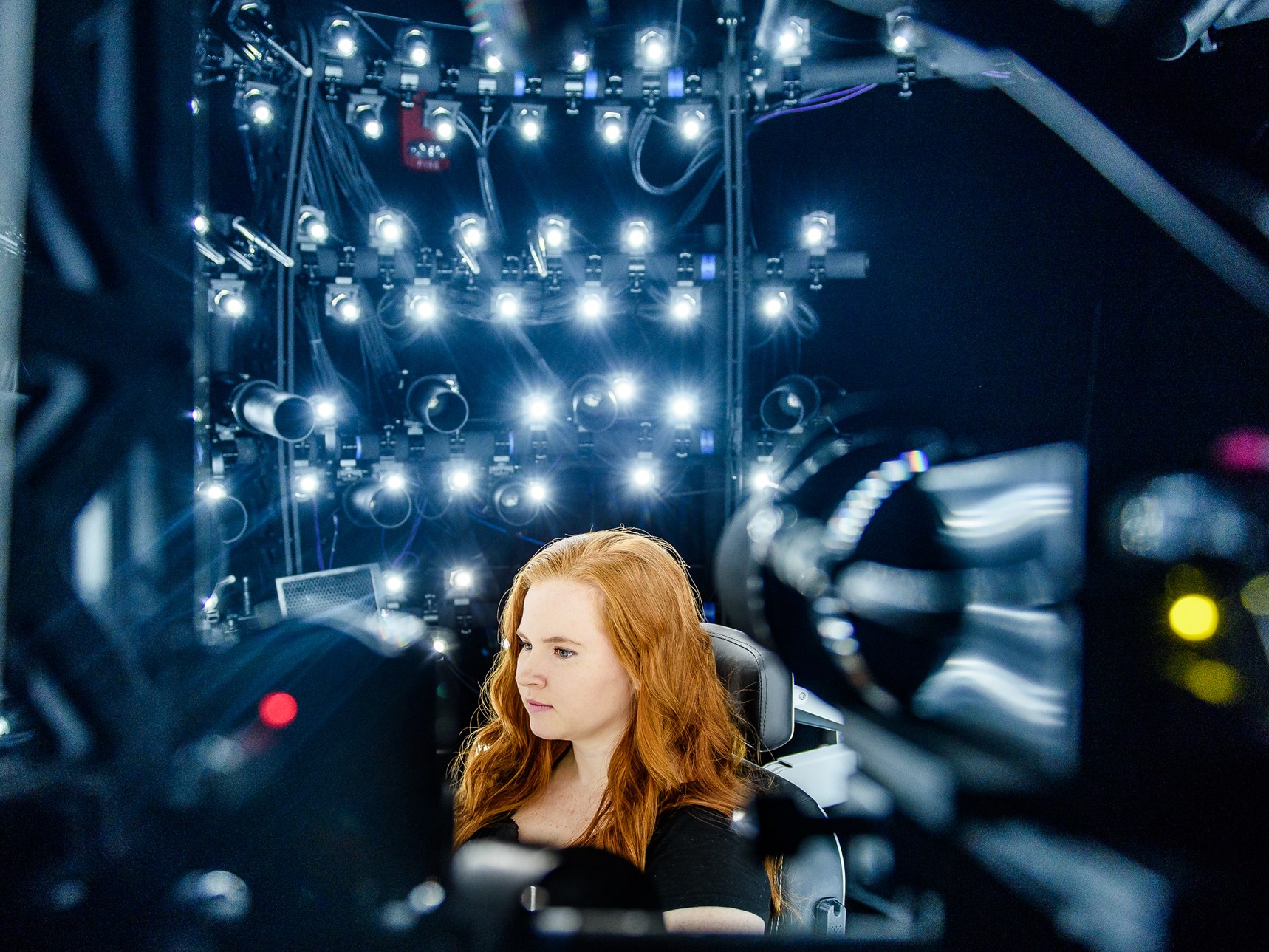 "There's this big, ugly sucker at the door," the young woman says, her eyes twinkling, "and he said, 'Who do you think you are, Lena Horne?' I said no, but that I knew Miss Horne like a sister."

It's the beginning of a short soliloquy from Walton Jones' play The 1940's Radio Hour, and as she continues with the monologue, it's easy to see that the young woman knows what she's doing. Her smile grows while she goes on to recount the doorman's change of tune—like she's letting you in on the joke. Her lips curl as she seizes on just the right words, playing with their cadence. Her ex

There's only one problem: her body disappears below the neck.

Yaser Sheikh reaches out and stops the video. The woman is a stunningly lifelike virtual-reality avatar, her performance generated by data gathered beforehand. But Sheikh, who heads up Facebook Reality Labs' Pittsburgh location, has another video he considers more impressive. In it, the same woman appears wearing a VR headset, as does a young man. Their headsetted real-life selves chat on the left-hand side of the screen; on the right side, simultaneously, their avatars carry on in perfect concert. As mundane as the conversation is—they talk about hot yoga—it's also an unprecedented glimpse at the future.

For years now, people have been interacting in virtual reality via avatars, computer-generated characters who represent us. Because VR headsets and hand controllers are trackable, our real-life head and hand movements carry into those virtual conversations, the unconscious mannerisms adding crucial texture. Yet even as our virtual interactions have become more naturalistic, technical constraints have forced them to remain visually simple. Social VR apps like Rec Room and Artspace abstract us into caricatures, with ex

That's why I'm here in Pittsburgh on a ridiculously cold early March morning, inside a building very few outsiders have ever stepped foot in. Yaser Sheik and his team are finally ready to let me in on what they've been working on since they first rented a tiny office in the city's East Liberty neighborhood. (They've since moved to a larger space on the Carnegie Mellon campus, with plans to expand again in the next year or two.) Codec Avatars, as FRL calls them, are the result of a process that uses machine learning to collect, learn, and re-create human social ex

In the 1949 essay "The Unconscious Patterning of Behavior in Society," anthropologist Edward Sapir wrote that humans respond to gestures "in accordance with an elaborate and secret code that is written nowhere, known by none, and understood by all." Sixty years later, replicating that elaborate code has become Sheik's abiding mission.