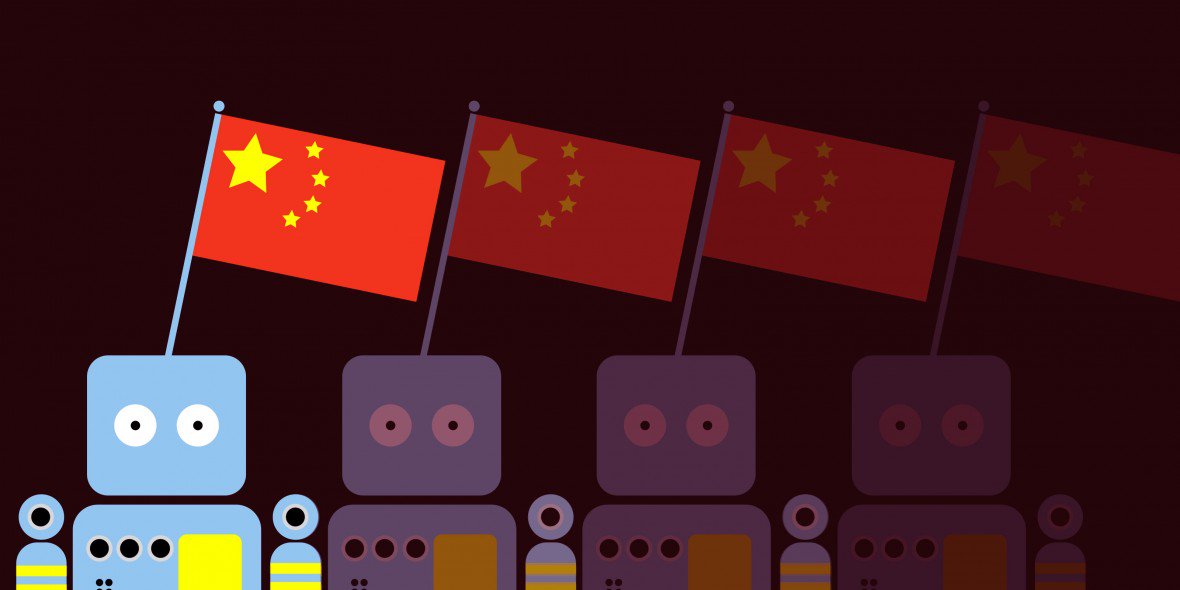 The number of influential AI research papers coming from China is increasing rapidly, a data analysis shows.
by Will Knight  March 13, 2019

White House plans to cut funding for science couldn’t come at a worse time for the country’s ambitions to lead the world in artificial intelligence.

Recommended for You
A quantum experiment suggests there’s no such thing as objective reality
There needs to be a crackdown on the big tech firms, says a UK review
The man who helped invent virtual assistants thinks they’re doomed without a new AI approach
Zuckerberg’s new privacy essay shows why Facebook needs to be broken up
The hipster effect: Why anti-conformists always end up looking the same
The most detailed analysis of Chinese AI research papers yet suggests that China is gaining on the US more quickly than previously thought.

China’s vibrant tech scene has come up with a number of recent breakthroughs, and the government has recently launched a major initiative to dominate the development of the technology within a matter of years (see “China’s AI awakening”).

Still, it isn’t easy to measure progress in a broad and complex area of technology like artificial intelligence. Previous studies have shown that China already produces a larger number of research papers mentioning AI terms like “deep learning.” But it has always been difficult to ascertain the quality of that research.

The new study aims to solve that problem. It comes from the Allen Institute for Artificial Intelligence (Ai2), a nonprofit in Seattle created by Microsoft co-founder, Paul Allen that is focused on fundamental AI research. The institute previously created a tool, called Semantic Scholar, that uses artificial intelligence to make it easier to search and analyze scientific research papers published online.

“Our economy and security have benefited greatly from the cutting-edge research being homegrown in our universities and research institutes,” says Oren Etzioni, CTO of Ai2 and a leading AI researcher.“We need to urgently increase AI research funding, and commit to visas for AI students and experts.”

But there are reasons to be cautious about this research, too.

Kai-Fu Lee, a prominent Chinese AI investor who previously established both Microsoft’s and Google’s outposts in China, says the study may overstate things a bit. “There’s definitely momentum,” he said by phone from Beijing, “but the time horizon is farther out.”

Lee, who is the author of a recent book on AI in China,  AI Super-powers: China, Silicon Valley, and the New World Order, says the US still boasts the vast majority of the world’s most influential scientific thinkers, according to measures of an individual’s citations (the US is also still far ahead of China in terms of “best paper awards” at major conferences). “Had there not been a Geoff Hinton or a Yann LeCun,” he says, referring to two AI researchers based in Canada and the US, respectively, “would there have been deep learning?”

Lee is also hopeful that people don’t lose sight of overall scientific progress when talking about the “AI race” between the US and China.

Etzioni agrees that openly published scientific research can benefit everyone, regardless of its country of origin, but he believes the study should serve as a wake-up call to the US government. “If we move to second place, will the next Google be founded here or in China?” he says. “It’s not a zero-sum game, but it isn’t a picnic either.”